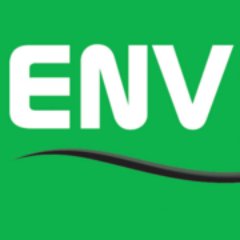 New data released by Aeternum, a provider of low cost, unplugged sensors designed to accurately monitor air quality, finds that levels of the air pollutant nitrogen dioxide (NO2) increased by nearly a third (30%) within a mile of COP26 in Glasgow last month. NO2 levels reached a peak during the conference on 8th November, when Aeternum’s sensor recorded an average of 48 micrograms (µg) per metre cubed for the day – 93% higher than the World Health Organisation’s (WHO) 2021 Air Quality Guidelines, which recommend nitrogen dioxide levels should not exceed an average of 25µg/m³ in any 24-hour period.
Read More

Aeternum’s sensor found the average concentration of NO2 during the two weeks of the conference was 34 µg/m³ – an increase of 30% (8µg/m³) from October’s average of 26µg/m³. The average level of NO2 began to drop in the days following the end of the conference, falling back down to 29µg/m³ by 29th November (see Figure 1).

Paul Carter, Founder of Aeternum, said: “Our sensor data clearly shows an increase in average nitrogen dioxide levels under Glasgow’s Kingston Bridge during COP26, compared to the month prior to the event. When we compared our findings with those of DEFRA’s monitoring stations, we identified a general trend that average NO2 levels increased during the event and later fell to almost its previous levels.”

We use cookies on our website to give you the most relevant experience by remembering your preferences and repeat visits. By clicking “Accept”, you consent to the use of ALL the cookies.
In case of sale of your personal information, you may opt out by using the link Do not sell my personal information.
Cookie settingsOK
Privacy & Cookies Policy